“My
people have been lost sheep.  Their shepherds have led them astray and
turned them loose in the mountains.  They have lost their way and can’t
remember how to get back to the sheepfold.”
– Jeremiah 50:6 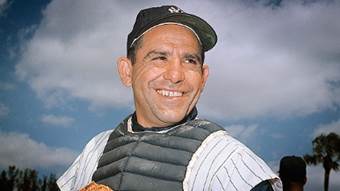 Yogi Berra was a Hall of Fame baseball player with a Hall of Fame wit.
He had a gift for saying the smartest things in the funniest ways.  As a
result, Yogi became one of America’s most beloved philosophers.  Berra
played for a true dynasty in baseball history, the New York Yankees.  He
played on ten world championships teams and won the American League
Most Valuable Player Award three times.  Even with these great team and
individual accomplishments, Berra is best known for his Yogi-isms.  He
had a knack for saying something that made no sense, yet with a little
perspective, made perfect sense.  While traveling to Cooperstown, New
York for his 1972 induction into the Major League Baseball Hall of Fame,
Berra got lost and his wife Carmen was giving him a hard time.  As only
Yogi could, he gave it right back saying, “We might be lost, but were
making good time!”  I don’t know about you, but I have certainly been in
that situation many times in my life.

If we’re honest with ourselves, Yogi’s wisdom could also apply to our spiritual life.
I can recall times in my life where I was extremely busy, but totally
lost to the things that truly mattered.  As coaches, how often have we
let our “To Do List” take priority over family time?  Coaching is a
tough profession, but the truth is, we will never finish everything that
needs to be done!  I have seen many coaches who were making great time
in their coaching careers, but were totally lost to their families.
Like sheep, we can lose our way.  Jeremiah reminds us how easy it is to
follow poor shepherds and chase foolish idols and in the process lose
the things that matter to us the most.  Be careful, stay focused and
keep your eyes on the “Good Shepherd”, Jesus Christ.

Heavenly
Father, keep me safe in your flock today.  Don’t let me lose myself in
the things that don’t matter.  Give me the wisdom to seek your guidance
in all that I do.  Amen.